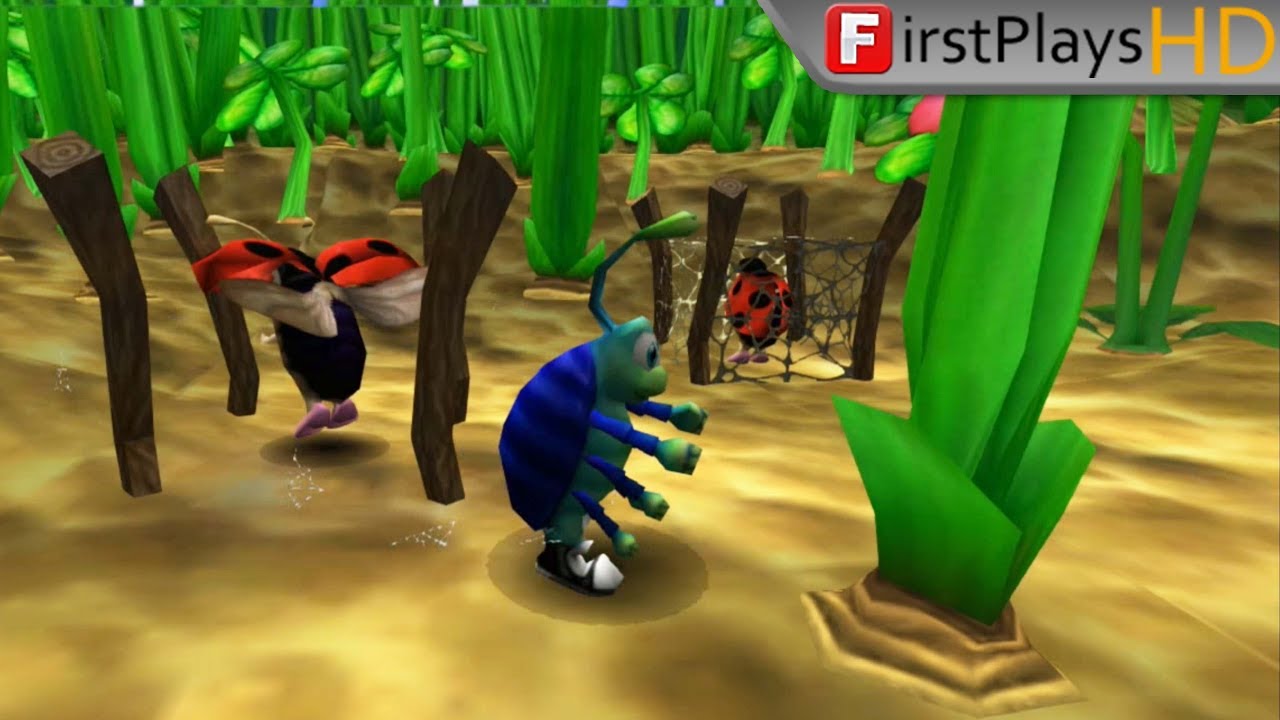 Bugdom is a 1999 platform video game originally created by Pangea Software for Mac OS 9. It was included with the iMac DV 2000 and later iBook models. The Microsoft Windows version, released in 2000, was developed by Hoplite Research and published by On Deck Interactive, a division of Gathering of Developers.Bugdom was generally well received by critics, being praised for its graphics, gameplay and soundtrack but criticized for certain technical glitches as well as gameplay repetition, and sold fairly well.

Bugdom’s story centers on the Bugdom, a kingdom inhabited by insects that appears as an outdoors bug environment. Originally, the kingdom was peacefully ruled by the rollie pollies and ladybugs, but not long ago, the kingdom was overthrown by the tyrannic and pompous King Thorax, leader of an evil clan of fire ants, as well as their evil follower bugs recruited prior to the kingdom’s downfall. Thorax now rules the kingdom with an iron fist, and the ladybugs have been imprisoned in spider web cages scattered across the environment. The player assumes the role of Rollie McFly, who has survived the ambush of the kingdom by taking refuge in the lawn area. Rollie must travel to Thorax’s anthill on the distant reaches of the Bugdom, while freeing various trapped ladybugs along the way.