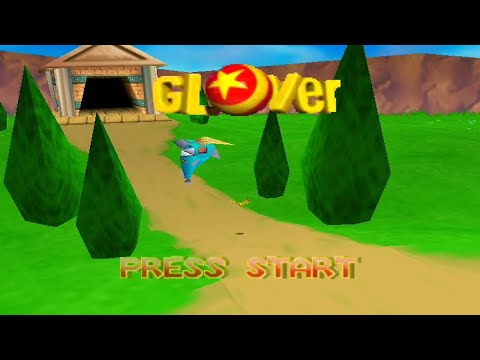 Glover is a 1998 platforming video game developed by Interactive Studios and published by Hasbro Interactive for the Nintendo 64 and Windows in 1998, and for the PlayStation in 1999 (branded under Hasbro Interactive’s Atari Interactive label). The game features a magical, four-fingered glove named Glover in his quest to restore the Crystal Kingdom by retrieving crystals that were lost. The Nintendo 64 and PC versions gained mainly mixed reviews while the PlayStation version received negative reviews. A sequel titled Glover 2 was planned but was eventually cancelled.

I saw the N64 version for the first time in August 2019 in a german ‘chilly’ speedrun marathon who four players has battled in a any% blind race for over 6 hours.

In this 100% longplay, every Garib is collected and every level including the bonus six levels are beaten.